I have a treat for you to sink your teeth into today! If you have seen our social posts today then you’ll know that today is officially Shark Awareness Day! Both Shawnee and I LOVE sharks, so I thought it would be fitting to review a Super Sonico figure we saw pop up late 2016.

Super Sonico was originally a character created for NitroPlus for promotion and then later spawned into an anime that is available on CrunchyRoll called, “Soni-Ani: Super Sonico The Animation.” You can also watch it in English voiced by Jessica Nigri (who famously cosplays as Sonico) on the new streaming service Hidive! The show is a 12 episode series that is well worth a watch.

Sonico creator, Tsuji Santa, drew inspiration from this scene, but since she can’t dress so provocatively in front of a bunch of kids we get a much SEXIER version with the Pisces Super Sonico figure. Ultimately, the hat was changed for this figure to be a cute shark and he gave her a pink whale to hold instead. READ MORE… 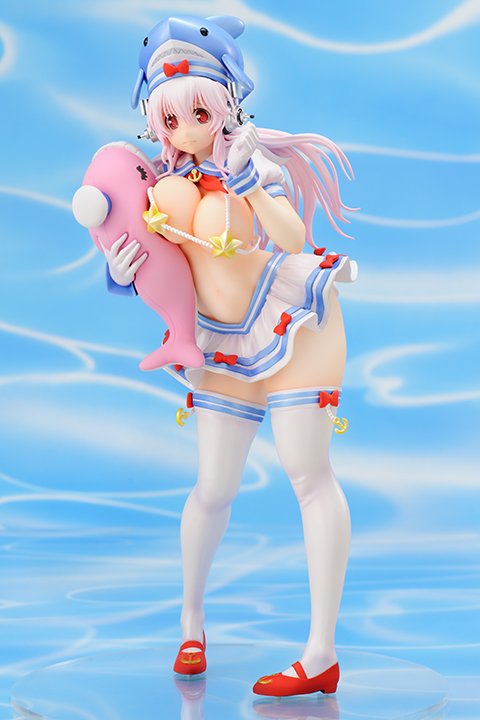